The Meadows: One Community – Two HOAs

You may not realize it but The Meadows is one Community under the umbrella of two different homeowner associations; The Meadows Community Association (MCA) and The Meadows Neighborhood Company (MNC). These two groups work closely together but there is a significant difference in the common areas maintained, rules and regulations, and responsibilities of each organization.

The MCA has been around since 1984 when the community was first established and encompasses many of the neighborhoods in the northern part of the community (noted in light green in the map below). The common areas maintained by the MCA consist of a few small parks and roadway medians. The MNC, founded in 2000, owns and maintains the majority of open space and parks in the community (noted in dark green in the map below). Most notably the MNC is responsible for The Grange and Taft House, including the pool facilities, buildings, associated programming, and large Community events. 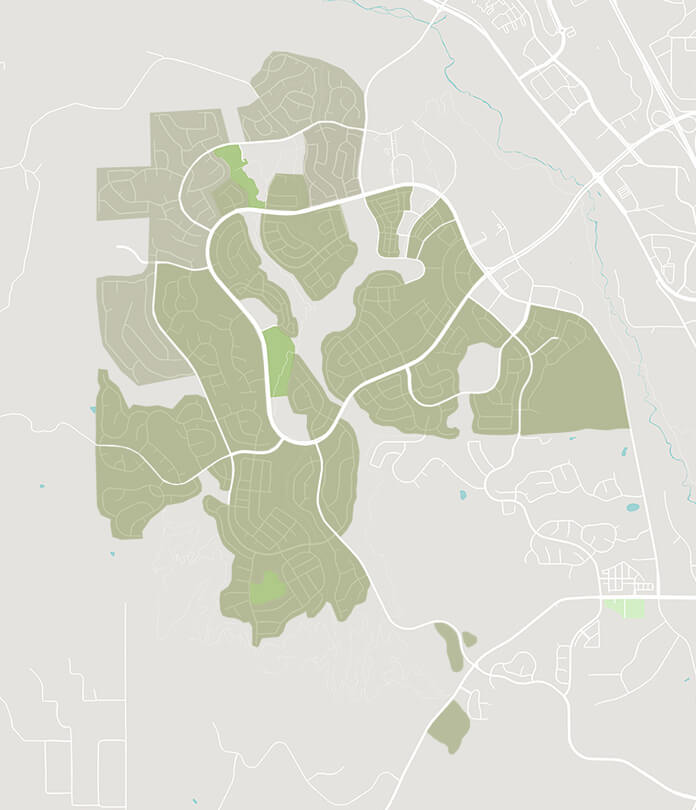 In addition to the pools, most of the other services provided to MCA and MNC are exclusive to either association and not under the same contract. This unique set up allows for robust programming, and first-class facilities while providing access to ALL Meadows residents who want to use it.